Nov. 9, 2021, in Marmora, John Dollard and his family business Dollard-Baker Sew & Vac are still going strong after 4 generations of operation. Sewing machine technician Carlos Pacheco, originally from Chile and residing in Galloway, has been with the company since 1992.

The fabric of Dollard-Baker Sew & Vac celebrates the 100th anniversary of the Marmora company this year.

Jocelyn Geese, 18, from the Dorothy section of Weymouth Township, has worked at Sew & Vac for over a year. 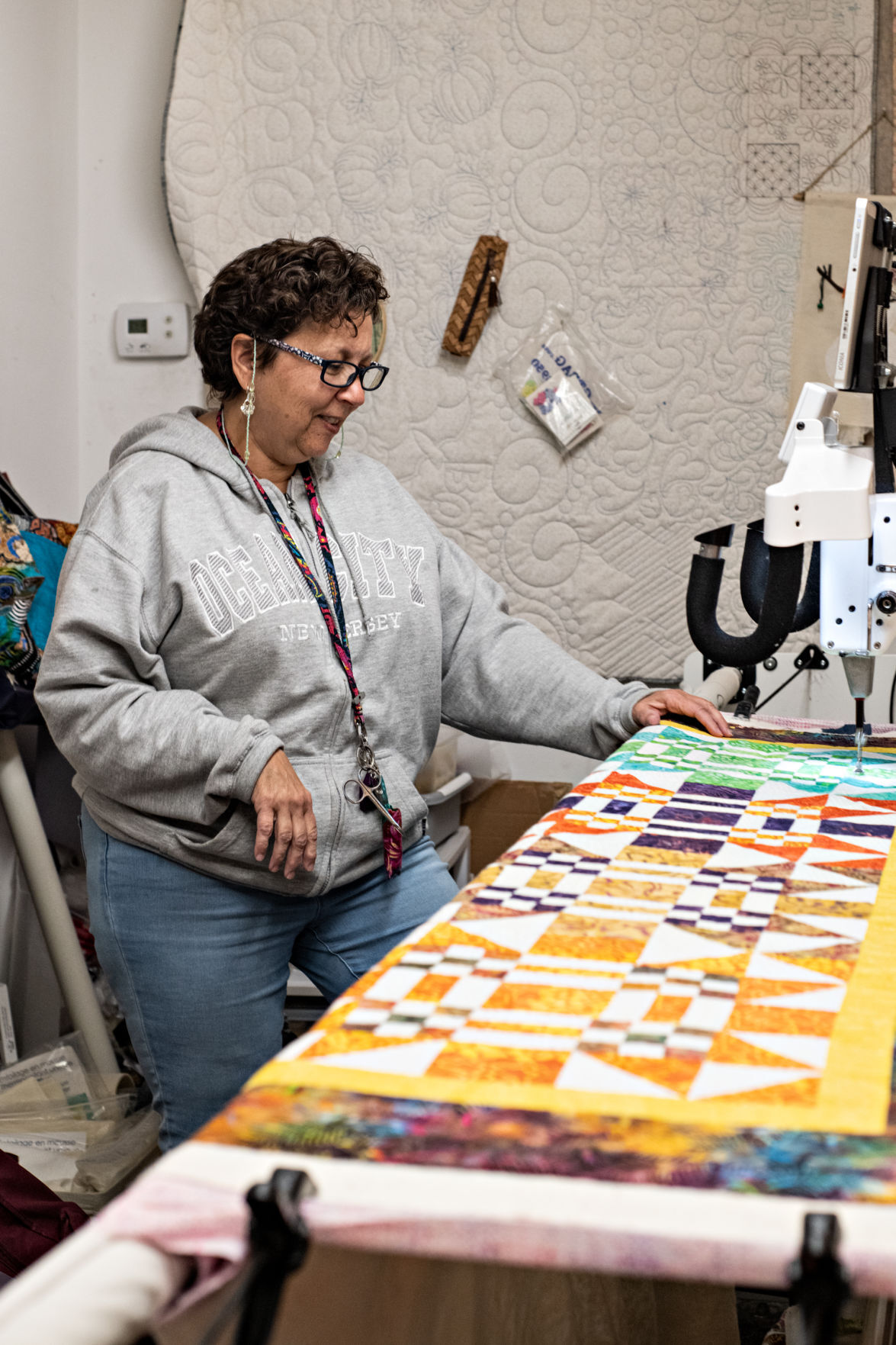 Heidi Cullen, a quilter from Ocean City, works on a quilt with a Crown Royal Baby Lock long arm machine.


Top: John Dollard, right, chats with sewing machine technician Carlos Pacheco at Dollard-Baker Sew & Vac in the Marmora section of the Upper Township. Dollard and his family have operated the business for four generations.

Bottom: A collection of photos chronicles the 100-year history of Dollard-Baker Sew & Vac.

For 10 decades, Dollard’s Sew & Vac – which sells and repairs high-end sewing and embroidery machines and vacuum cleaners – has weathered economic crises, technological advancements and world events to celebrate its centennial in 2021.

“I like to say my grandfather, my father and my uncle did the first 50 years and I did the second 50,” said John Dollard, 71, who continues the family legacy with his daughter Christina Dollard and, until his recent death, his nephew Tom Kane, aided by a handful of loyal employees and supplemented by the next generation of family members.

John Dollard joined the family business in 1970 right after his military service. When his father, Thomas, died in 1975, John helped run the shop, earning a living. A few years later, he became a police officer in Atlantic City and ran the store during his off hours until his retirement.

After moving to a few resort locations, the shop moved to South Shore Plaza in the Marmora section of Upper Township in 2002 and was renamed Dollard-Baker Sew & Vac. Moving from Atlantic City was bold at the time, but it turned out to be a good thing, said John Dollard.

BERNINA Design Challenge: The sewing machine is an engineering marvel