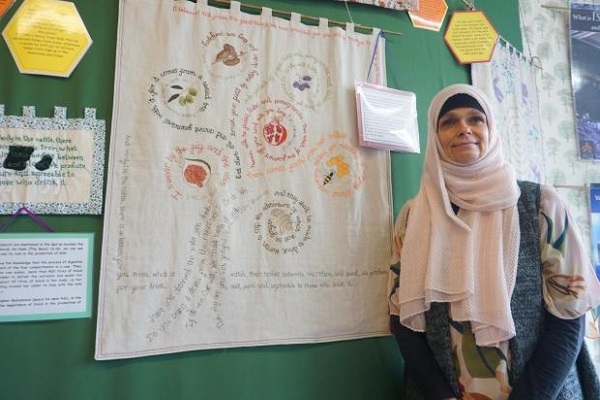 TEHRAN (IQNA) – A deaf Muslim artist has spoken about the inspiration behind some of her Islamic embroidery and quilts.

Islamic convert Alex Tritton has been producing thought-provoking textiles since 2013, but said she had always had an interest in sewing from a young age.

Some of her work takes up to two months to produce and it’s a process that sees her delve into the background of words and phrases.

She said, “It takes some time to research and prepare what I’m going to do.

“There is a lot of design upstream.

“It may take some time because it is freehand embroidery. But that’s what I appreciate.

“I want people to be able to understand the context of the Quranic verses and what I am trying to convey.” 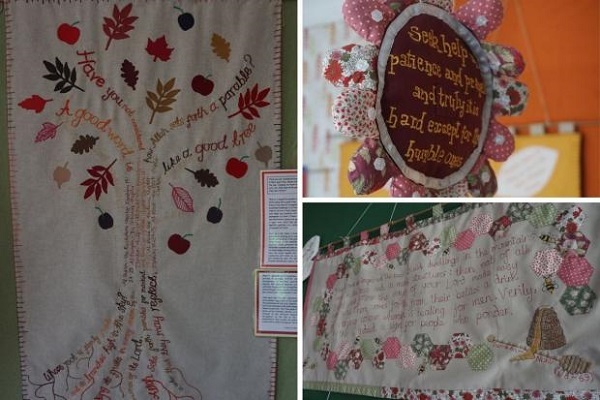 Her work, which she does not sell, highlights the miracles of the Quran, the hijab, the environment and in one piece explains the role of Prophet Isa (Jesus) in Islam.

The intricate designs vary in size, from small pieces made up of Quranic phrases to larger works of art exploring important facets of what it means to be a Muslim.

She said: “I was born a Christian and didn’t hear about the true nature of Islam until 1992 when friends introduced me to it. Before that, I would say I was wary of it because of the way it was portrayed by the media.

“As part of my work, I want to break down these misconceptions that still exist in people’s minds.

Alex has always had an interest in art and later graduated in craftsmanship, design and technology. She took her shahada in 1994 and moved to Blackburn to be with her husband whom she met at a teacher training course. 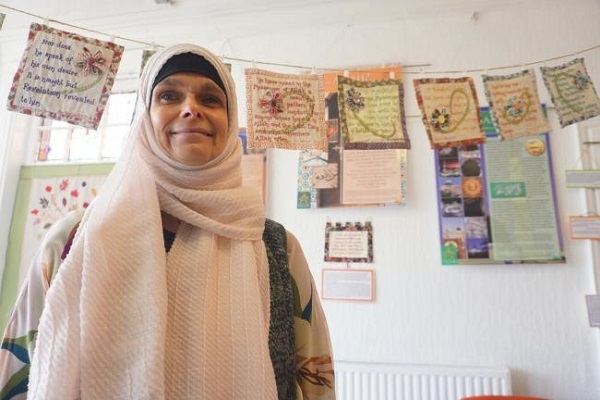 She added, “I wanted to show that despite my hearing problems, nothing can hold you back and encourage the deaf community to reach out.”

The work was previously on display at the Al Rahma Mosque in Liverpool, organized by her friend, but is now closed. He can now be seen at the Amanah Wellness and Spiritual Centre, based at Palm Nursery School on St Silas Road, Blackburn.

Alex, a mother of four, said: “In one room I saw how faith is very much like a tree. A tree takes so long to develop and grow, just like a person’s faith.

“Yet all the time you need to further develop your faith.

“I love all the coins because they all have different meanings. My favorite is the first one I’ve ever made and it’s “the bee”.

Noreen Hameed from Palm Tree Nursery School, who first met Alex while attending study circles in Liverpool, said: “Alex puts a lot of effort into the work. Here, we wanted people to come and see the work in a relaxed atmosphere.

“It’s a way to reach Muslims and non-Muslims who can learn more about Islam.”

Yalina Apabhai has worked with members of the deaf community for many years and said she has been deeply inspired by the work produced by Alex.

She told us: “When you see the work it’s amazing and Alex herself is very inspiring.

“His work translates so well visually and each piece is unique. There are deep and thoughtful meanings in his pieces.